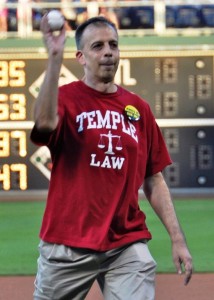 SeniorLAW Center’s Director of Development and Finance Larry Felzer threw out the ceremonial first pitch at the Philadelphia Phillies game on August 28, 2012. Larry had the honor of doing this as the main organizer of Gay Community Night at the Phillies. This event celebrated its 10th anniversary in 2012 and has attracted between 500-1200 LGBT individuals and their friends and family every year to enjoy Phillies baseball. The event also serves as a fundraiser for the Sean Halpin Memorial Scholarship Fund, a scholarship for an LGBT law student in the Philadelphia area. 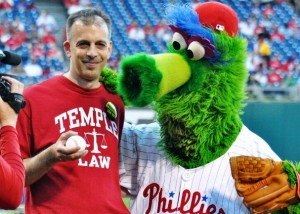 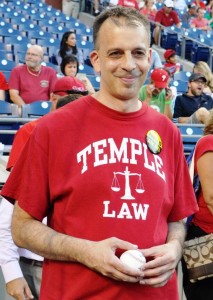