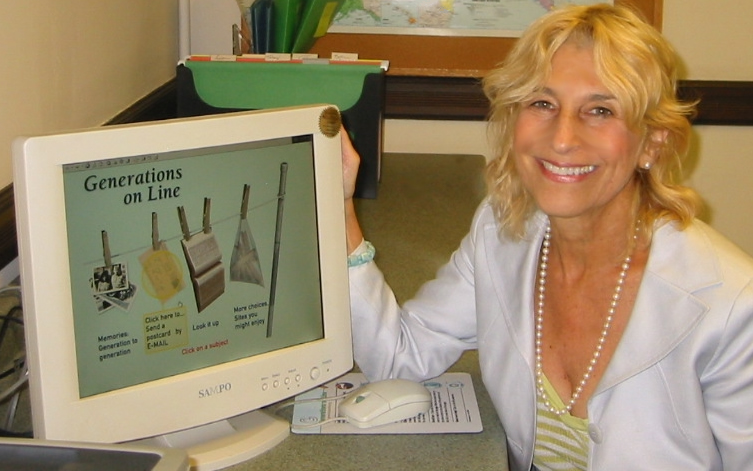 Tobey is the founder and unpaid CEO of Philadelphia based not-for-profit Generations on Line (GoL), dedicated to digital literacy for older adults.

GoL simplifies the Internet for seniors and was founded in response to older adults being left behind in the “new” era of technology. GoL has helped more than 80,000 people over age 65 get online through an on-screen tutorial available free to seniors in 1800 facilities across the US.

Founded in 1999, Tobey continues her dedication to digital literacy today for although “newer” older adults use the Internet, the oldest and especially the poorest elderly are still being left behind. The organization has grown to include two additional teachings for older adults: tablet technology and using the Internet to seek and apply for jobs online.

As Tobey once described GoL: “It is the story of changing lives of people who are being left behind by new technologies we take for granted. It is helping those unable to communicate because of a stroke and now able to email… It’s about people dependent on others now empowered to research benefits, health, news, and support groups independently.”

Tobey is a leader on many Boards, including as chair of the Board of the Free Library of Philadelphia Foundation, Children’s Hospital of Philadelphia, Maternity Care Coalition, The Philadelphia School, 21st Century League, and Wilma Theater.
Make a donation in her honor