Generations who fought before us deserve justice, protection: SeniorLAW in NewsWorks

SeniorLAW Center was featured in an article on NewsWorks, by our Executive Director Karen C. Buck, highlighting our work,  national legislation and the elder justice movement. 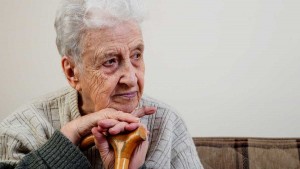 Imagine a world without the elders of our country — those who fought racism and discrimination in the civil rights, voting rights, and women’s rights movements; those who fought bravely on foreign shores, in WWII against Nazi brutality and on other harrowing grounds; and those who blazed trails for all of us. Strong women and men who through the last half-century have helped raise their voices for justice, for equality, and for their communities, who helped enrich our city and our world at large.

In July 1965 in Washington, D.C., President Lyndon B. Johnson envisioned a nation that “no longer will … refuse the hand of justice to those who have given a lifetime of service and wisdom and labor to the progress of this progressive country.” As a result of his eloquence and advocacy, the federal Older Americans Act was passed, perhaps the most important piece of aging legislation in our lifetimes.

President Obama signed its reauthorization in April, after years of no reauthorization by Congress. Essential life-saving services for older Americans, our parents and grandparents, our senior veterans, those who have been instrumental in the defining events of modern American history and law, were seemingly not a priority.

Seeking justice for older Americans, as our country faces what has been deemed an “aging tsunami,” is today a dynamic area of law, often called “elder justice.” Congress passed the Elder Justice Act with broad bipartisan support to recognize that elder abuse is a national crisis. The Pennsylvania Supreme Court has made access to justice for older Pennsylvanians a priority with the groundbreaking Office of Elder Justice in the Courts, and the Advisory Council on Elder Justice. Judicial leaders in Philadelphia are strategizing on how to create an Elder Court and/or court-based Elder Justice Resource Center. Great progress and leadership. Yet the challenges continue for seniors in our country: poverty, homelessness, abuse, exploitation. And most seniors deal not with death and end of life, but with all of the complexities of modern life.

Currently, Pennsylvania is the fourth “oldest” state in the nation, with 2.8 million individuals aged 60 and older — 20 percent of the state population. By the year 2030, it is estimated that 3.6 million Pennsylvanians will be aged 60 and older. More than a quarter of grandparents over the age of 60 are primarily responsible for their grandchildren under the age of 18. Seniors serve and enrich their communities, families, and country at all ages and in all economic, racial, and linguistic sectors. They are cherished mentors, advocates, caregivers, volunteers, leaders.

We as public-interest attorneys and advocates provide free services to those in need in complex and daunting areas which affect real people’s lives, their safety, security, and survival. SeniorLAW Center celebrates 38 years of pursuing elder justice, and proudly recognizes those who came before us.

At its annual gala earlier this month, SeniorLAW Center recognized remarkable older Americans and advocates for justice. We honored older women who broke glass ceilings in the law and the judiciary; who fought sexual harassment before it was recognized as an actionable and despicable act; who advocated for diversity in our profession and posthumously fought for admission of a grandfather into the Pennsylvania Bar decades after he was denied on grounds of being black; older artists who used their tools of film and photography to tell the stories of poverty and access to justice; those who created programs for the elderly and poor in our most struggling neighborhoods; and all who continue to fight for what is right and good and just.

Today, hundreds of thousands of seniors face their elder years in poverty or are targeted for exploitation, abuse, fraud, disenfranchisement and homelessness as they enter the “third age” and last chapters of their lives. At least 1 in 10 older Americans will be a victim of abuse over their lifetime.

According to research funded by the National Institute of Justice, almost 11 percent of people age 60 and older, or 5.7 million individuals, suffered from some form of abuse in 2009 alone. Elder abuse includes physical, emotional and sexual abuse, self-neglect, and shocking and sometimes highly sophisticated forms of financial exploitation.

Elder abuse is deadly: Victims of elder abuse, neglect, and financial exploitation have three times the risk of dying prematurely. Elder abuse is devastating: Financial exploitation costs older Americans at least $3 billion nationally, as estimated by the MetLife Mature Market Institute and the National Committee for the Prevention of Elder Abuse. Abuse of power of attorney or guardianship, fraudulent deed conveyances, home repair contractor fraud, credit card and bank account fraud, and unauthorized use, pressured sales of unsuitable products, lottery scams, and illegal and exploitative telemarketing and collection practices are just examples of the many forms of elder financial exploitation. And elder abuse is the only form of family violence for which the federal government has historically provided virtually no funding.

Philadelphia is home to one of the largest populations of senior citizens in the country — and one of the poorest. One in five of our seniors lives in poverty. Most are women. Last year, SeniorLAW Center assisted over 5,000 clients throughout Pennsylvania ranging in age from 60 to 101, and as diverse as our nation, of all colors, races, languages, and orientations. We are the only such organization in Pennsylvania and one of few in the nation focusing the power of the law to help elders live their best lives.

I recently returned from a two-month sabbatical in Iceland, Japan, New Zealand, and Australia, meeting with leaders in government, the law, and aging to share and glean best practices in elder justice. There is much we can learn from the world, and they from us. Aging is a universal truth: If we live, we will age. Our elders represent where we’ve come from, our ancestors, and where we are going, our future. Join us as we strive to ensure that elder justice becomes not just a new term of art, but a reality, for the elders of today and for generations to come.