Women’s History: Through the eyes of an older woman who was the victim of abuse 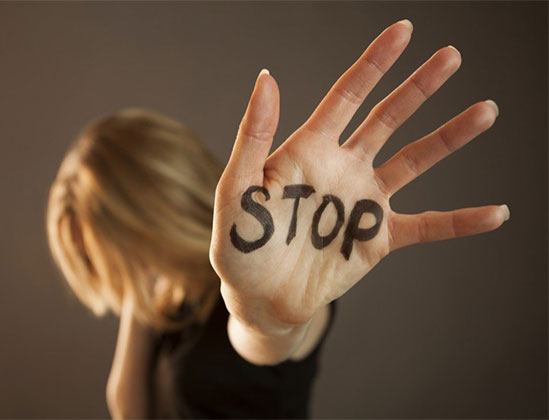 International Women’s Day is observed in March every year with the annual event being recognized by the United Nations. The first celebration was held in the early 1900’s and, as the Women’s movement gained momentum worldwide, every year was given a theme not just for a day – now celebrated every March 8th – but throughout the coming year. This year, the theme “Choose to Challenge” was chosen to encourage women and men to speak up, question and call out inequality, bias, or stereotyping.

At the request of my attorney Lucy Qiu I was asked to write about “My personal “Women’s Day” when I went to Congress to testify before the House of Representatives. When I was a young woman in the Marine Corps, I was raped and beaten by three Marines. I was coerced by my boss – a master gunnery sergeant in the Public Affairs Office at Camp Elmore, Fort Marine Force Atlantic, Norfolk, Virginia, to report the matter “so that this would never happen to other women.” I felt responsible and for that reason I chose to report it and undergo a series of physical and other investigations.

Some history
Because the assaults happened off base (around June in 1975 if I remember correctly), the local court had jurisdiction. It was extremely fast.
One of the defendants’ father hired a very high-powered local lawyer and the entire matter was swiftly dismissed. I felt shamed and tortured and blamed and hung out to dry. It was like being raped and beaten all over again. The next day, I was told that the Commanding General of the Base really wanted to get these guys. One of them was a “really bad guy” and had other marks against him. An Article 32 Hearing pursued – a proceeding under the United States Uniform Code of Military Justice, like that of a preliminary hearing in civilian law. The outcomes can result in different levels. In my case – the most serious – each of the three defendants would undergo a general court-martial. I was told that there would be three separate court martials. Again, I had to tell my story and it felt like I was raped and beaten all over again.

I met the Navy Lieutenant who would represent the Marine Corps against the Defendant. It would be nine (9) months before the court
martials began. During that time, the three defendants were allowed free on the Base and I was treated like a pariah by other women Marines. We lived in coed dorms and sometimes I would be assaulted (raped) by other men in my room (which I chose not to report). I was not allowed to talk about the upcoming court martials with anyone. I reported being frightened and asked for a transfer to another Base, but I was told that the Commanding General was angry at me and thought what had happened was my fault.

The Lieutenant was really the only person I could talk to until he read a newspaper article about a group of women reaching out to rape victims in the Tidewater area. I went to see them to ask for advice how to tell my parents. These were the days when AP and UPI picked up local news stories describing the victim as a “young woman Marine with brown hair from Wilmington Delaware” and headlines in the local newspaper that did not leave much for anyone’s imagination when an article was picked up by a wire. As the court martials progressed, the story was on the front page of the Norfolk Ledger every day.

Privacy Act for Rape Victims
In 1976, while working on the Marine Base in Albany, Georgia, I was contacted by the Tidewater Rape Victims Group, the agency I had reached out to for help in Tidewater, VA. They asked me if I would be willing to testify before Congress for Elizabeth Holtzman’s Bill “Privacy Act for Rape Victims” which I believe was introduced in March 1976. Rep. Holtzman’s office wanted me – a woman in the military who had been raped – who would testify before the House-Judiciary Committee. The proposed bill was to defend women from prior sexual history to be admitted in a rape trial. I told my story before the House Judiciary Committee. Some Congressmen and women asked me questions. I went back to Georgia. Every time I told my story I felt like I was raped and beaten all over again.

I remember Congressman Mezvinsky asked me what they could do to help. I think I told him I didn’t know how to defend myself. There was no vindication for me that the three of them went to prison – one for four years and the other two pled guilty for lighter sentences.

No HIPAA
When everything was over with the courts martial, all three of the Marines went to jail. I was moved to Albany, Georgia to a Marine Corps
Supply Center. My new boss in Georgia was told by the Judge Advocate General in Virginia what happened because they kept extending my transfer. That is why I say no HIPAA. Privacy for rape victims that eventually was adopted by the military and the individual states and today is known as the Rape Shield Law in most cases defends women from retelling their past sexual history in court. Unfortunately for me, I fell into the hands of a predator and I was acting out like a rape victim. I liked his attention and I also was afraid that the guys would get out of prison and come looking for me. I married him the day after I got out of the Marine Corps in February 1978. He was 18 years older than I and I thought he would take care of me. I thought a new last name would keep me safe and they could not find me.

Instead, my life got worse.

I did not know it then, but I was struggling with posttraumatic stress disorder. What happened to me made a mark on me. When I left the
service and my three-year-old abusive marriage I asked the VA in Wilmington, DE for help in (I think sometime in 1981). I had a few
counseling sessions and that was it. I could not get my life together. I worked out my problems the best I could. I was promiscuous and I drank, and I overate. I am a nice person, but I did not like myself very much. I still struggle with taking care of myself. I am exceptionally good at taking care of others. I found a Jewish church and that is where I met my husband. He lives in a nursing home and we have a 27-year-old adult helpless child with severe autism who has been in residential care since he was 8 years old. I love them both very much, but I cannot take care of them anymore.

I was formally diagnosed with PTSD in 1997 when I told my therapist what happened to me in the Marine Corps, not long after I started meeting with him, because I needed help raising my son, who was very self injurious. I also needed help with my marriage because my husband has severe depression with psychotic features and over the years a “little cerebral palsy” has turned into numerous medical problems as well. I am grateful for the family I have.

I met Lucy through the SeniorLAW Center because I got myself entangled with romance scammers when I was playing a game called
“Words with Friends”. I also got scammed on a phone call when “Social Security” called me. I gave away all my money. I have always helped
people and giving away too much money is something I have discussed with my therapist. But I really believed these guys loved me and I was lonely and desperate in a way I felt there was no way out except to keep giving and I would really “get it back” like they promised. I am better now and with my attorney’s help I am crawling out of a big hole.

Acceptance takes me back to sanity and I am in a good place. I hope at my age I can continue to be grateful for what I have. The PTSD is like an appendage. It waves and wanes. Some days are better than others. I do not know if I would have the courage to go to Congress again. I
really believed I was helping other women not get hurt like I was hurt. But the truth was I was scorned by people who knew what happened to me –even my parents were horrified. I wish I had never told them. It was years before I found out that the Rape Shield Law was enacted. As I set out to write this story, I Googled to see if I could find my name associated with it and I found “Deborah Lieberman” with several articles. Since that time though in 1978 when the bill was signed into law by President Carter it seems to me that many women have had their experiences with rape – in and out of the military. I did not really stop it from happening to other women but maybe I helped them not have to put their reputation – their prior sexual experiences – on trial.

If you look at the statistics for rapes reported in the United States –https://www.rainn.org/statistics/victims-sexual-violence -I do not think
there is a lot of room for hope and change. I do not know the answer. What really can bring about meaningful change? It blows out like a
candle on a cake once the sensation has passed.

Footnote: My entire testimony before Congress for The Privacy Protection for Rape Victims Act of 1978 is available online – this is an excerpt taken from an article: TIME TO FINE-TUNE MILITARY RULE OF EVIDENCE 412, 196 Mil. L. Rev. 47. Because I was a Marine, the Marine Corps maintained jurisdiction after the case was dismissed from civilian court. The Rape Shield Laws were changed both in Civilian and Military Courts in 1978. A similar question was asked at an Article 32 prior to the enactment of The Privacy Protection for Rape Victims Act of 1978. See Privacy of Rape Victims: Hearing on H.R. 14666 Before the Subcomm. on Criminal Justice of the H. Comm. on the Judiciary, 94th Cong. 56 (1976) [hereinafter Privacy Hearings] (testimony of Sergeant Deborah Lieberman, U.S. Marine Corps) (referencing the defense counsel, she stated “he asked me if I had serviced 95% of the battalion ….”).